Skrillex Is Cooking Up Something With Chris Lake In The Studio

Among the many recent releases from Skrillex, we know he has so much more in the works. During quarantine, we saw him in the studio with a number of artists, including Mike Einziger from Incubus and The Beach Boys. He’s recently put out collaborations with Four Tet and Starrah, Swae Lee and Siiickbrain, and another with Noisia, josh pan, and Dylan Brady.

Now, he’s been “spotted” — or rather, reshared a photo from Chris Lake of the two of them in the studio together.

Much like Zedd moving from EDM to pop, it might be time to accept that Skrillex is moving from harder electro/dubstep sounds to, not quite house, but definitely a softer realm of electronic music.

That being said, judging by his previous collaboration with Four Tet, one with Chris Lake is sure to entice and excite.

The usual disclaimer with Skrillex teases applies: we have no earthly way of knowing if or when anything will or could come of this pairing. But it’s fun to know the possibility is there. 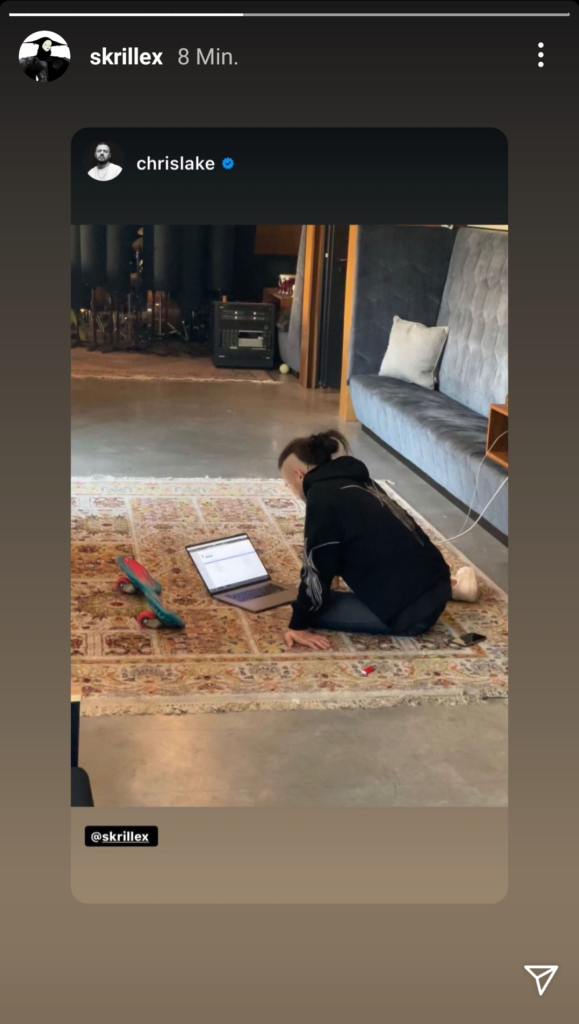