Red Rocks Clarifies Recent Mixhalo Offering, Denies It Has Turned Down The Sound

The EDM community recently went into a bit of an uproar after an announcement that Red Rocks was offering Mixhalo above Row 40 at the venue. When the legendary venue first shared about the partnership with the audio experience app, it said, “Even if you’re in the back it’ll sound like the front row!”

Not entirely unpredictably, this led fans to believe that they might have turned down the volume again after they’d done it before in 2016. However, that is not the case.

Red Rocks released a statement following some online discussion assuring fans that there has been “no change […] made to sound limits at Red Rocks since 2016.” Mixhalo provides an augmented listening experience to those who want it, it was never meant as a replacement for the actual sound coming from the venue itself.

You can read their full statement below. 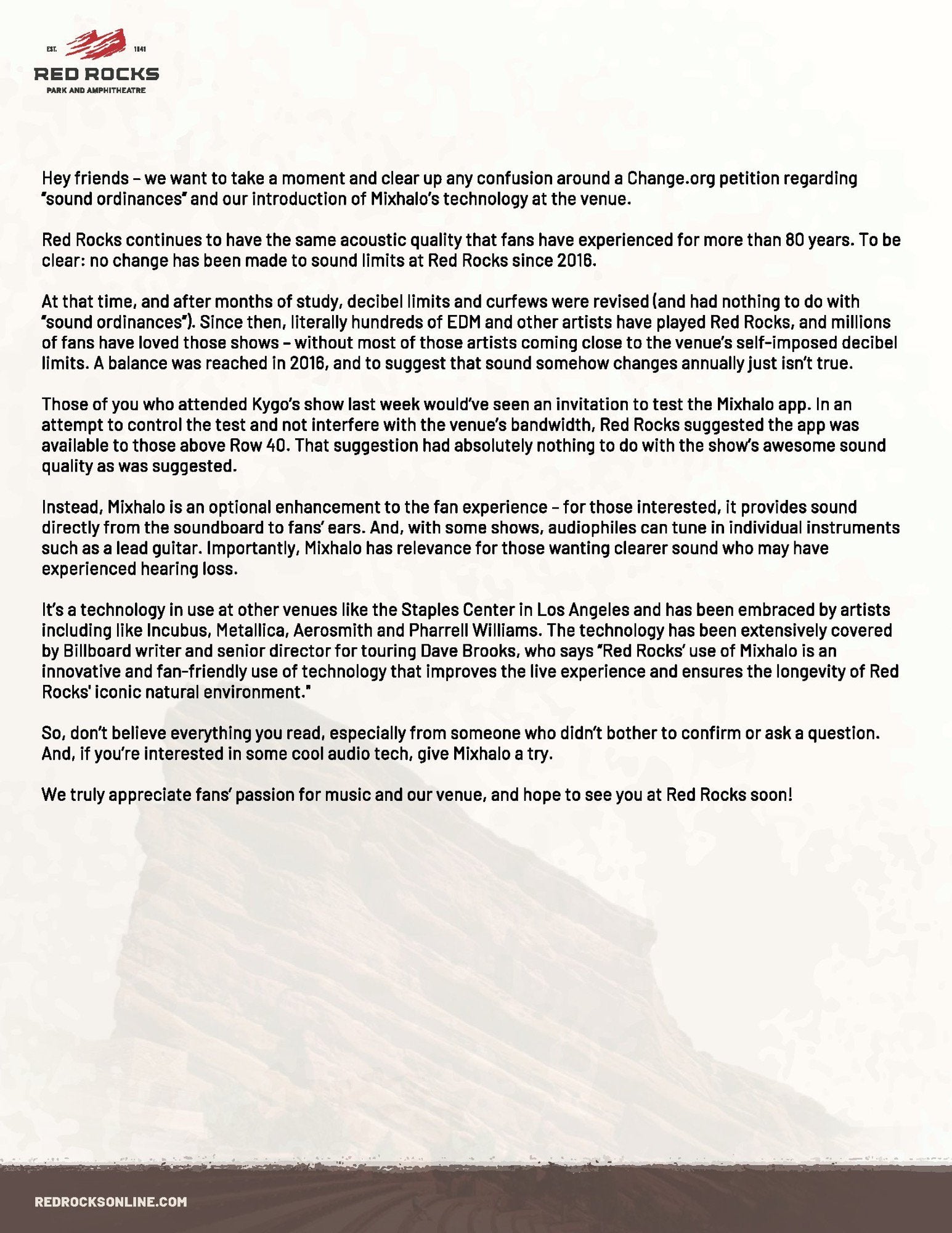